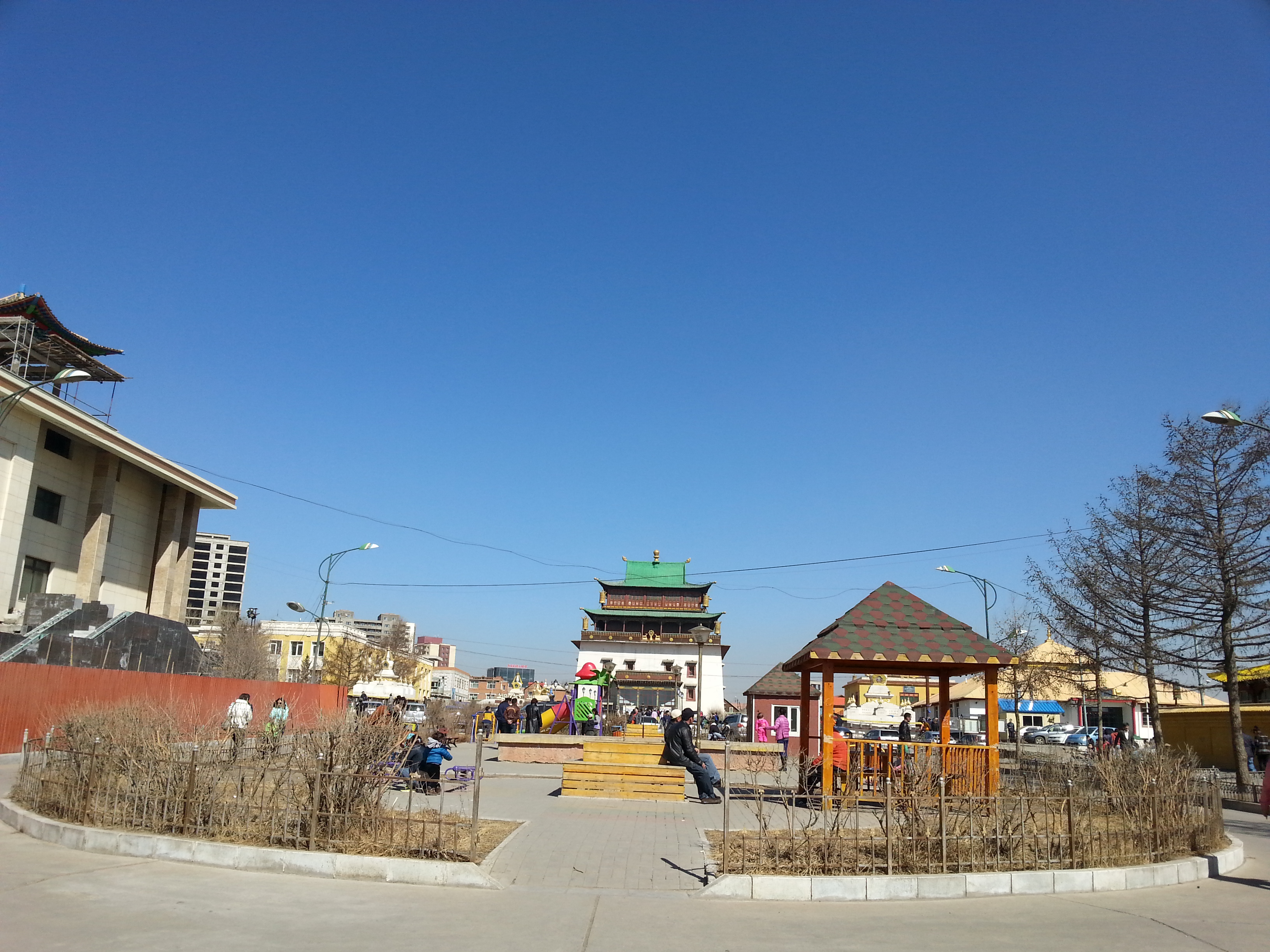 Around the start of the 19th century, more than 100 sum(temples) and khiid (monasteries) served a population of about 50,000 in Urga (the former name of Ulaanbaatar). Only a handful of these buildings survived the religious purges of 1937. This monastery is one of Mongolia’s most important, and also one of its biggest tourist attractions. The full name, Gandantegohinlen, translates roughly as ‘the place of complete joy’.