Why You Need to Go to Mongolia 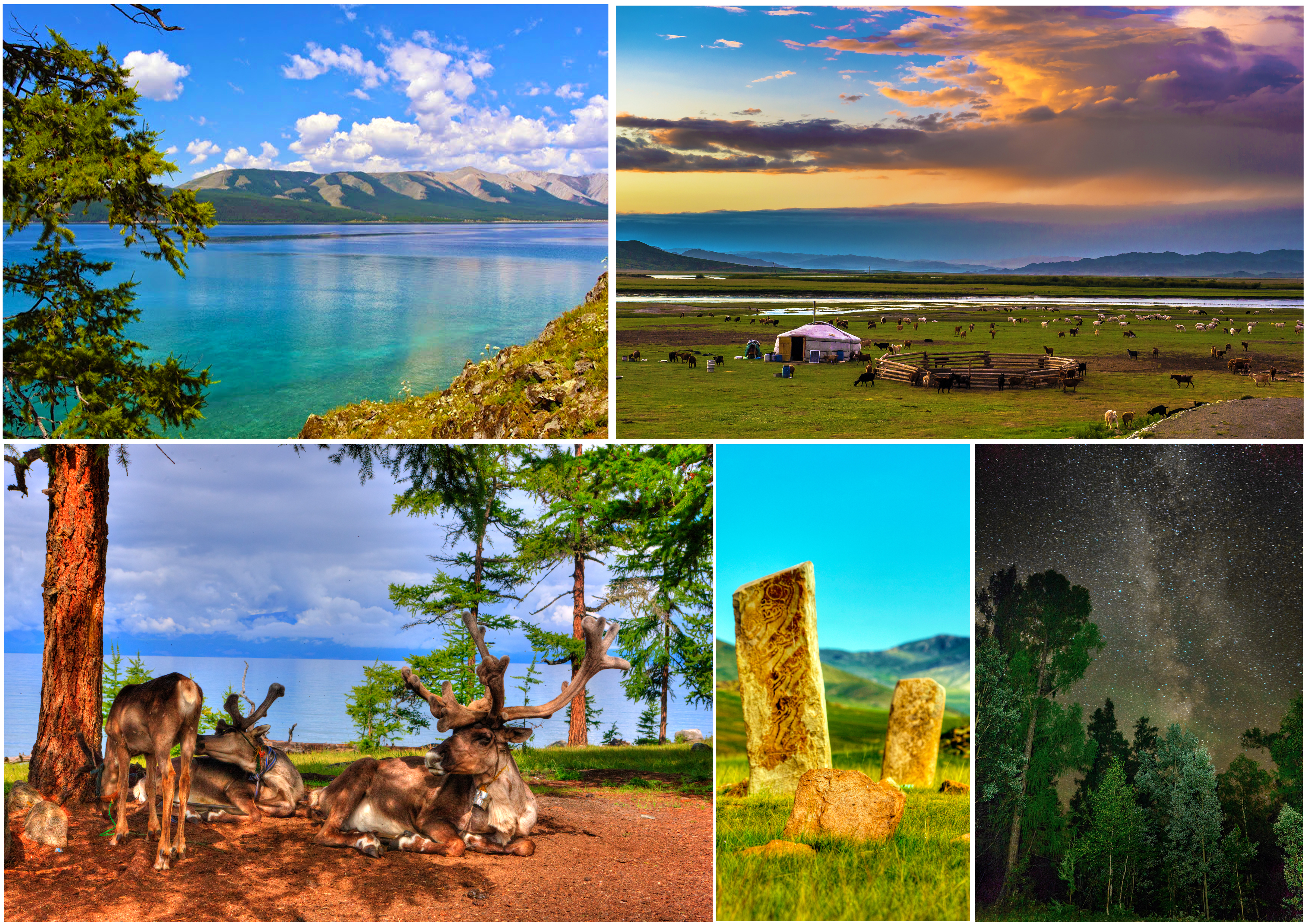 Animals in Mongolia’s Great Gobi National Park include some of the few remaining two-humped Bactrian camels in the wild, the last surviving Gobi bears (at last count there are only 50), and Snow Leopards (a quarter of the world’s population are found in Mongolia). The Gobi is also a major source of important fossil discoveries, including the first dinosaur eggs found by Roy Chapman Andrews, who explored its great expanse for New York’s American Museum of Natural History from 1922 to 1930. His adventures are said to be the inspiration for Indiana Jones. Gandan Monastery (Gandantegchinlen Khiid), in the center of Mongolia’s capital city Ulaanbaatar, escaped the destruction of monasteries during the Communist period in the 1930s. It was reopened in 1944 as a “show monastery” for foreign visitors, with some of the buildings used as cow sheds, and was not fully functioning for religious purposes until the 1990s when Buddhism was practiced openly again. In this respect, it’s one of the country’s most important monasteries. Visit early, around 9 a.m., to witness the morning ceremony. Inside the main temple is an 80-foot-high statue of Migjid Janraisig (the lord who looks in every direction), which is strewn with precious stones. The circular Zaisan Memorial was erected on top of a hill in the south of Ulaanbataar by the former Soviet Union to commemorate those killed in the Second World War. The colorful mural is worth the climb, as is the view of the city on a clear day. At the foot of the hill there’s also a large Buddha statue and another memorial of a Soviet tank, which includes a map of its route from Moscow in 1943 to Berlin in 1945. It’s highly unusual to find a girl hunting with a golden eagle, yet photographer Asher Svidensky discovered the then 13-year-old Ashol-Pan doing just that. The Kazakhs of the Altai Mountains have been hunting this way in western Mongolia for thousands of years. Boys start hunting at a young age, building power in their little arms to hold the heavy bird, and learning not to fear but respect the birds of prey who they use to hunt hare and foxes. Mature golden eagles are set free to breed in the wild, with a butchered sheep to help them on their way. Mongolia is a country blessed with a varied and stunning countryside, from rugged mountain ranges and sweeping steppes to ancient freshwater lakes and fossil-strewn desert. Here the Khangai mountain range rises from gentle slopes and pastureland. Its highest peak, Otgontenger, tops out at 13,200 feet.

The roof of Choijin Lama temple, which the Communist regime transformed into a museum denouncing the «old ways,» can be seen alongside the 25-story Blue Sky Tower in Ulaanbaatar, which was completed in 2010. Half of Mongolia’s population lives in or near the booming capital, where you’ll find a glitzy mall on Sukhbaatar Square and that undisputable sign of new wealth, a Louis Vuitton outlet. On June 3, a 290-room Shangri-La hotel opened, helping to remedy the city’s scarce luxury accommodation (and a perfect antidote if you’ve been roughing it out on the steppe). Despite the modern center, the outskirts of the capital, a former nomadic city that changed location three times a year, is surrounded by traditional gers (Mongolian yurts). Pristine Lake Khuvsgul, which sits at the foot of the Sayan Mountains in northwest Mongolia, bordering the great Siberian Taiga Forest, is one of Asia’s largest freshwater lakes (84 miles long by 24 miles wide). At over 2 million years old, it’s also one of the world’s 17 ancient lakes and is nearly 900 feet deep, holding 70 percent of Mongolia’s fresh water. The province is teeming with wildlife and is home to some of the country’s oldest tribes, including the Tsaatan, or reindeer people, who have a lot in common with American Indians, continuing to live in deer hide tepees rather than gers (yurts).

8. Winter Palace of the Bogd Khan his museum on the southern edge of Ulaanbaatar was originally built in 1893 as the Winter Palace of Mongolia’s eighth Living Buddha and last emperor. Inside you’ll discover his interest in all things animal; there’s a vast array of taxidermy, a robe made from 80 fox skins, and a yurt lined with snow leopard skins that’s uncomfortable viewing when you consider their current endangered status. But it’s not all furry stuff. The exhibits also include Mongolia’s 1911 Declaration of Independence from China, Buddhist art and sculpture, and the jewels worn by his pet elephant. This 131-foot-high statue of Genghis Khan riding a horse is located an hour’s drive from Ulaanbaatar and is believed to be the world’s highest equestrian statue. Built in 2008, the statue of the country’s national hero is made from 250 tons of stainless steel and sits atop a circular visitor center. There’s a restaurant on the second floor and an elevator to a viewing platform on the top of the horse’s head.